A great party has been celebrated at ALPI Galata, in Turkey, in honor of the 20th Anniversary of the company.

Galata has been named after Galata Tower, symbol of power, science and glory in İstanbul, a city that has been the capital of empires for centuries.

The Founders and Managing Directors, Vittorio Zagaia, Aram Kalenderoglu, Volkan Sarici, together with all the employees enjoyed a nice party to celebrate this important milestone.  During these years, ALPI Galata has created a great team of 140 employees covering offices and warehouses in Istanbul, Bursa, Izmir cities and Istanbul Air Cargo Terminal.

A solid organization where every employee is motivated by devotion, perseverance and passion.

In 20 years in business ALPI Galata has kept its corporate principles but always growing through continuous investments, quality of service and active improvement of Human Resources. Thanks to this it has become one of the significant part of the ALPI Network.

Happy 20th Anniversary to this important member of ALPI Family! 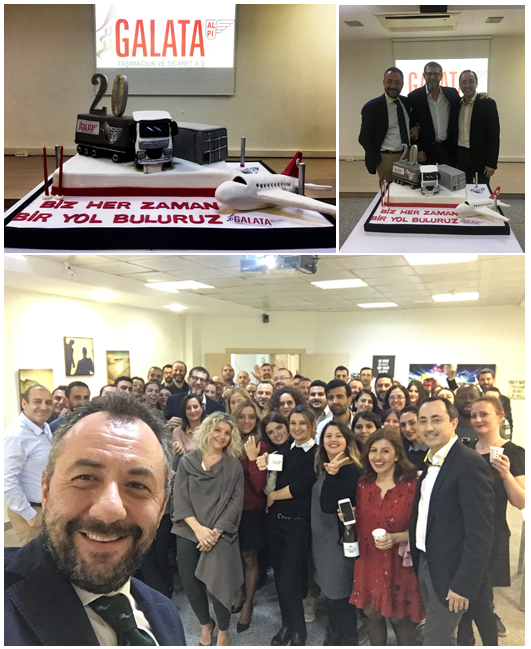